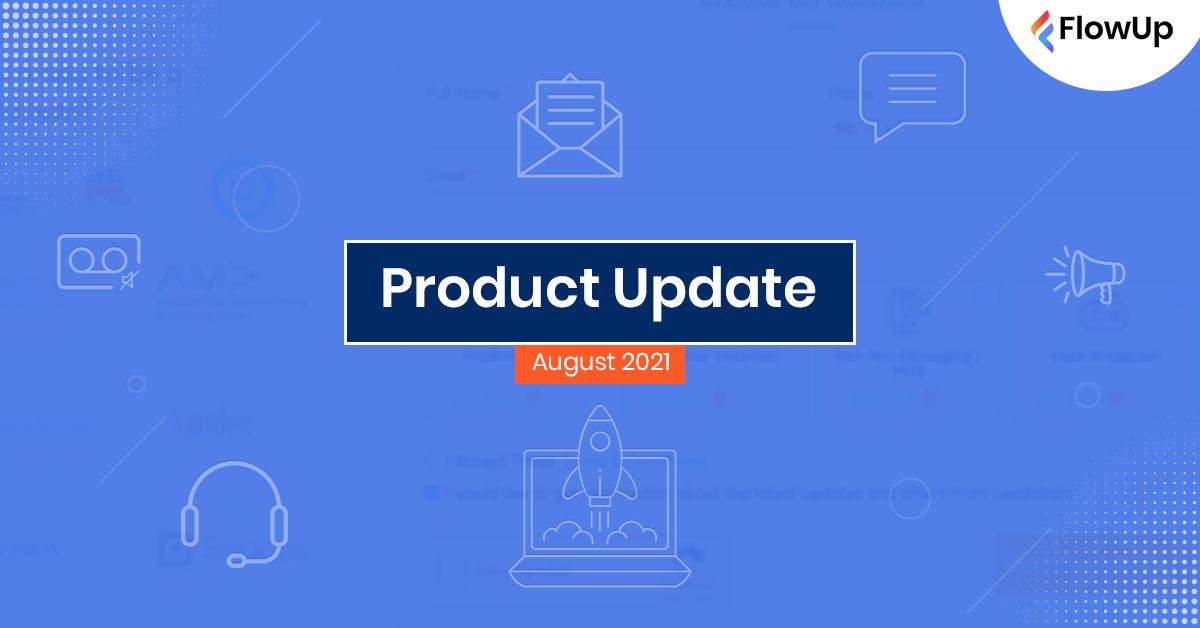 Here are the new updates we are adding in FlowUp, for better customer experience and streamlined productivity. Let’s take a look:

Testing of Strategy in Edit or Preview Mode: 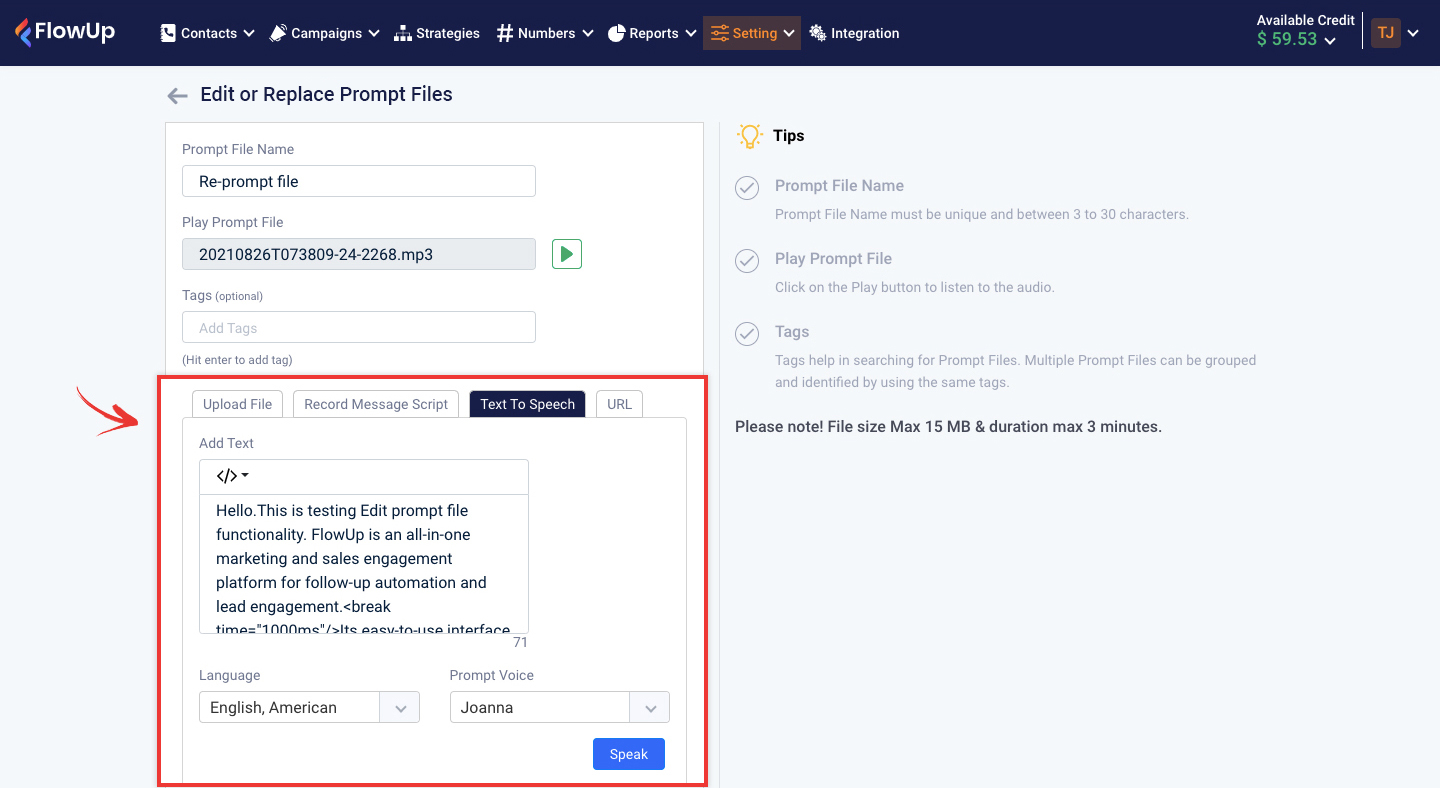 Based on the suggestions for our Beta Testers and a few Early adopter clients, we have revised one more feature during this product release and that is regarding editing or replacing the Prompt files in strategy. In case, the user feels that the existing Prompt file is not working for them or has any other issue, they had a free hand now to go and replace it with a new one. 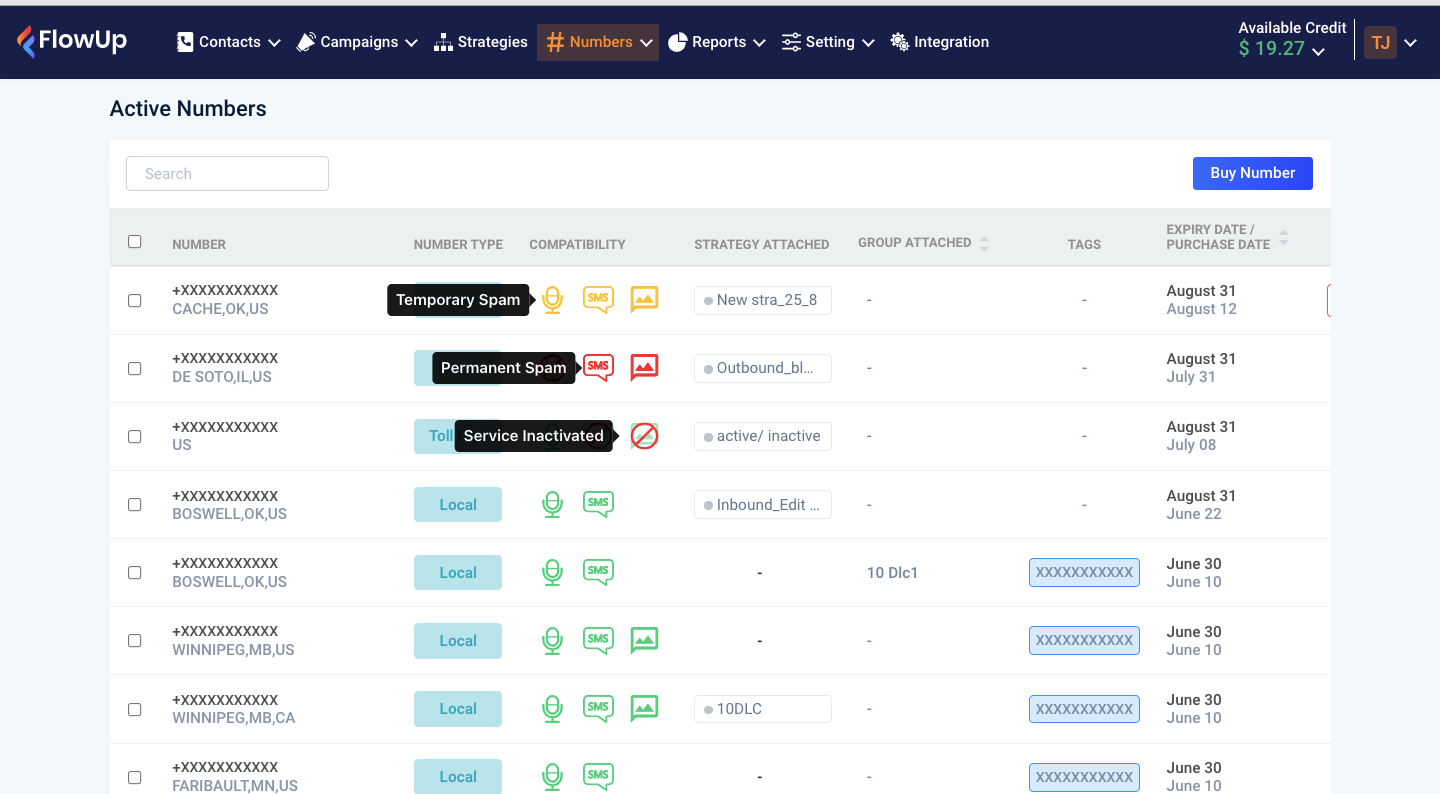 It was a creating Blackhole situation for Users when a Caller ID number gets flagged as Parmenant or Temporary SPAM number. Till the last update, they were not able to see which are numbers got flagged as SPAM and due to them, their campaign is not working as they planned. With this release, we have offered them the visibility to check how many and which numbers are in SPAM, so user can add fresh numbers in number group to continue the campaign. 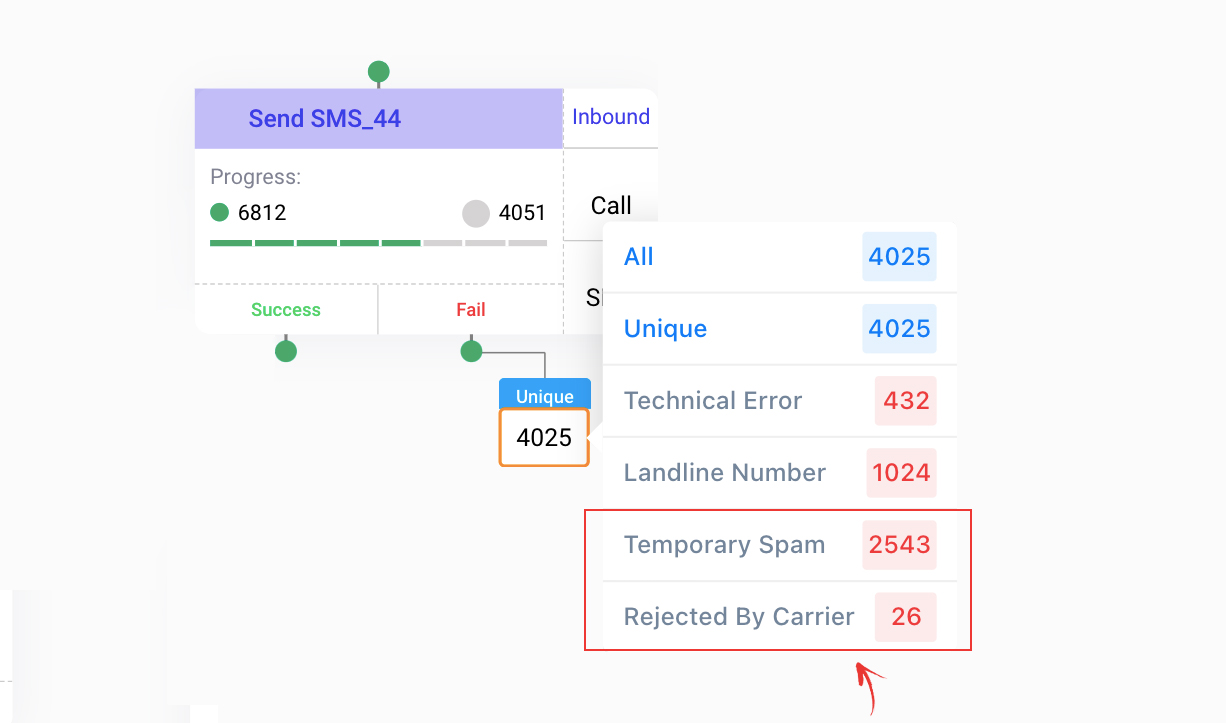 Knowing the reason for message failure is very important that we felt during the conversation with our Beta Clients. Hence, we have added 2 more reasons they can see for their message failure

Ability to Check the Health Status of Numbers Purchased 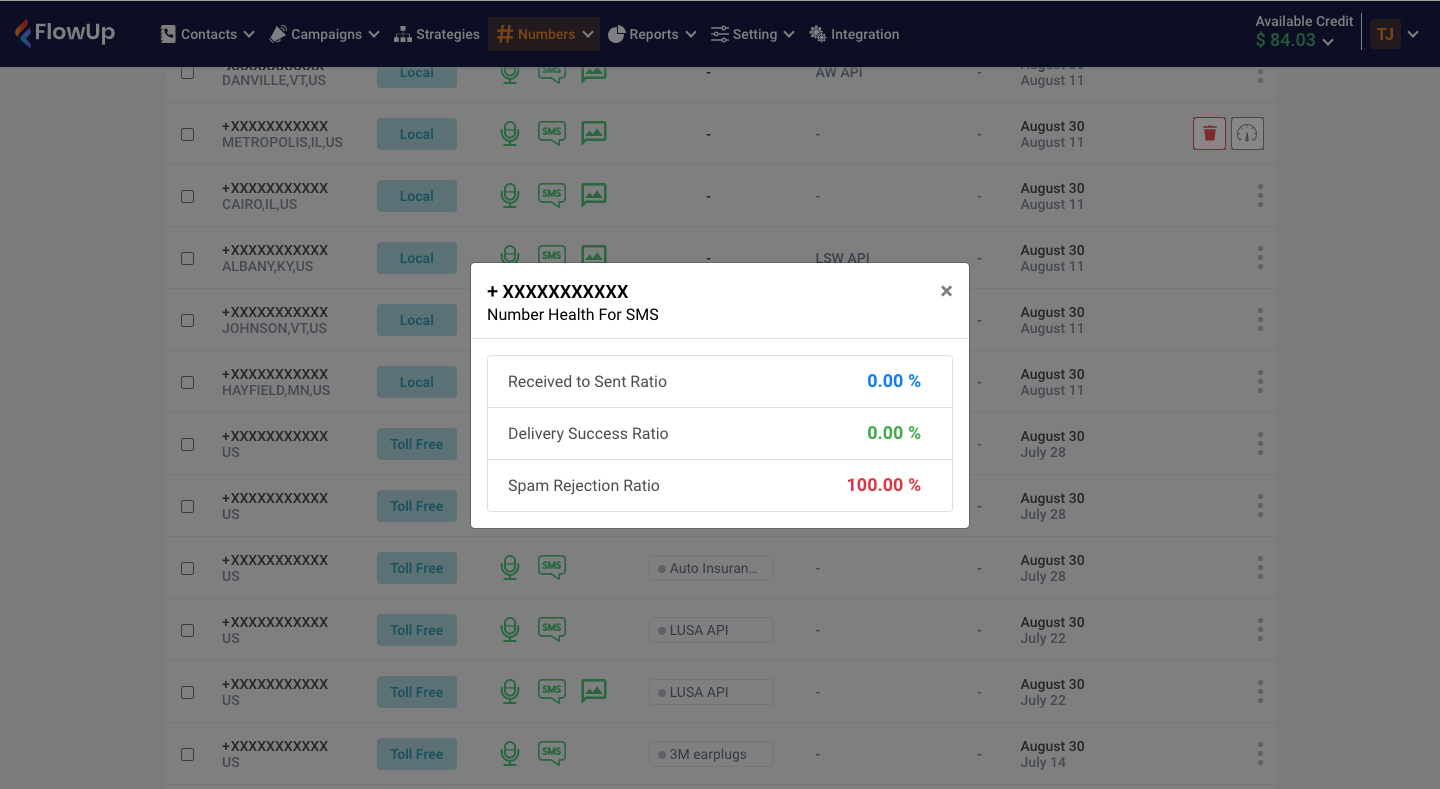 To know more, about FlowUp, contact us at help@flowup.com and get rid of traditional follow-up roadblocks.